My training officer and I were leaving the cafe when we got the call: Two-seven-eight … Possible drunk driver coming into town on Route 10, northbound from Farmington. Dark colored sedan, swerving all over the road. Plates end, Victor-Ocean-niner. Approaching the border now.

“Ten-four.” Hammer handed me our coffees. “Get these in the holders. Don’t open the lids yet.”

He pulled out onto the road and accelerated eastward, the patrol car sliding smoothly through the gears, pressing me back into the seat, still holding the coffee cups. I got them tucked down into the cup holders a moment before Hammer braked, then turned right, lights flashing, through a red, and accelerated south on 10 toward Farmington. The traffic mild, he only flipped the lights on when we overtook a car, off again as soon as we’d passed, the long evening shadows rushing up across the windshield.

Every oncoming car that passed us we checked – model, color, plates – looking for a match. At this speed, I soon worried that we had gone too far, had missed him, but then Hammer said, “There he is,” and pulled a quick, wrenching U-turn, taking the front right wheel up over the curb, and raced after him, lights flashing. We caught up to him in almost no time at all.

We took up position on his tail, but the driver gave no indication of pulling over. Hammer flipped the sirens on, still with no effect. I glanced over at our speedometer and realized that he was only driving twenty-five in a forty-five zone; at this speed, the swerving we’d anticipated appeared more like drifting. At first just a touch on the yellow lines, then across partway into the oncoming lane and back, overcompensating and hitting the right-side curb before straightening out again. Through the rear window in our headlights we could see the driver shaking his head violently and running his hand back through his hair, preoccupied and oblivious to our pursuit. By now, Hammer no longer bothered radioing his ID number in to dispatch and waiting for the go ahead – he held the talk button down, giving a running, curse-laden commentary on the situation. Going up onto the right-side curb again, the driver veered sharply away from a telephone pole and into the oncoming lane – “Oh shit! He’s all over the road!” – then up over the left-side curb before bouncing back into his lane, still no faster than twenty-five. All this time, no cars had come from the other direction.

Rounding a bend in the road, the woods gave way to a view into town, a major intersection about half a mile ahead. Lights flashing, another officer, Boz – many of them went by old military nicknames – had blocked southbound traffic with his car perpendicular across half the road. My brother, also a cadet, a year ahead of me in school, was riding with him, the passenger’s side of the car facing us. When our pursuit came into view, Boz pulled out further into the road, positioning his car across both lanes and swiveling his spotlight around in a last effort to get the driver’s attention and make him stop. Against the held-up traffic’s headlights on the other side, I could see my brother silhouetted in the window.

“Boz, get out of there!” Hammer yelled into his radio. “He’s gonna hit you!”

Like a moth to a streetlight, the driver veered toward Boz’s cruiser, even as the cruiser backed up out of the way, and he proceeded to pinball again across the road: veering away from Boz at the last second, overcompensating and bouncing off the right-side curb, then swerving back toward the line of stopped traffic, coming within inches of a white SUV that turned and pulled up onto the curb to avoid the collision.

Back in his lane, the driver was approaching the traffic light, both intersecting roads five lanes wide, the road beyond the light narrowing into meandering switchbacks. He would crash there if he crossed – best-case scenario, injuring only himself. But the light was red: his brake lights lit up, and by habit, by miracle, he slowed to a stop on the line. Hammer leapt out of the cruiser and ran up to the driver’s door, ripping it open then reaching inside to jam the transmission into park, unbuckle the man, and pull him bodily from the car.

While Hammer half-dragged the man over to the grass behind the street corner, I looked ahead noticed two sergeants’ SUVs parked on either side of the intersection, prepared to intercept and blockade if the driver had crossed, if the light had been green. I tried to imagine maneuvering my car in front of another, began to picture alternate outcomes. The street corner quickly filled with other officers and a few civilians, and Hammer came back to the car to get his notepad, anticipating the coming paperwork. “He’s diabetic,” he told me. “Probably would’a been in a coma in another five minutes.”

An ambulance arrived, and one of the paramedics gave the driver a protein bar; an off-duty ER doctor showed up with a large plastic cup of orange juice – my brother and I would later wonder where he got it – and within minutes, the driver had gone from the picture of a complete drunk to a normal guy, a soccer ref who’d lost track of time refereeing an extra game, his snacks forgotten at home. He shook hands with the officers, medics, and doctor, thanking them, then got back in his car and drove home.

“We’re just letting him go?” I said when Hammer returned to the car.

“What would we charge him with?” Hammer said. “Low blood sugar’s not against the law. And he didn’t hit anyone.” 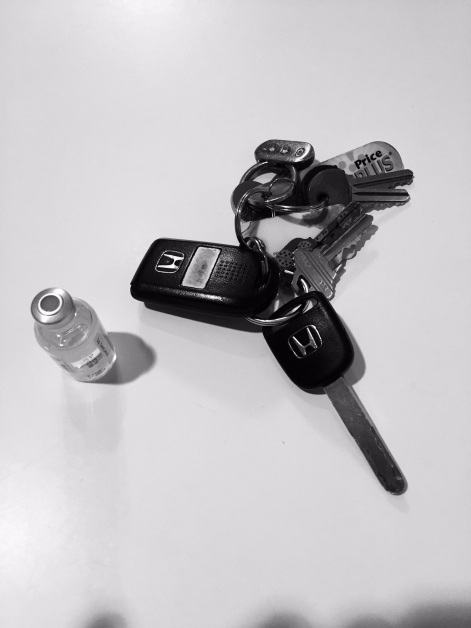 Hammer laughed and pulled back out onto the road, turning left at the light to return to his zone. I glanced past him to where the other patrol car had been, now gone, and my brother’s face pale in the headlights of the oncoming car.

Matthew Brennan is a writer, editor, translator, and blogger from the Pacific northwest. His work has received several awards and fellowships, and more than sixty of his short fictions and poetry translations have been published in journals, including The Citron Review, SmokeLong Quarterly, Emerge Literary Journal, The Los Angeles Review, and Superstition Review. He earned his MFA in fiction at Arizona State University. http://matthewbrennan.net @MatthewBrennan7