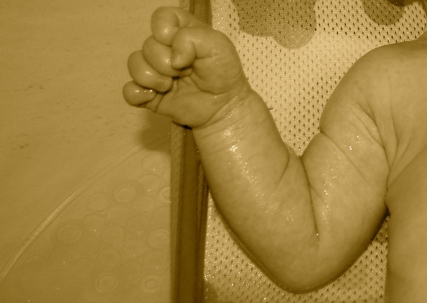 Before you go in there you should listen to what I have to say. Jessica has been one of my cases for two, going on three years.  I talked with her today and she told me what happened.

She moved as little as possible in this mobile home where she lives; she felt heavy, very heavy, the child in her belly like a lead balloon. She preferred not to move. She just lay down.

Where could she go? For her everywhere is the same, the same dirt, the same sharp rocks, the same glaring sun.  The same trees. Same as the last trailer where she lived. “True,” she said, “the trees they don’t move. But the others, them people, they move around all the time and they know how to find me. I can’t escape them. I know they might come any minute and haul me off to their prisons.”  “They” are us, the doctors, the psychologists, the police officers, and the social workers.

It’s been so long since Jessica has seen anyone. The last time was four, maybe five days ago. Over the years she has alienated what remains of her family, and both parents are dead. She’s been alone here for months.  She’s hardly eaten anything since three nights ago; she’d get hungry and then it passed.  Every so often she got out of bed and walked the length of the mobile home, barefoot on the old knobby carpet marred with cigarette burns. She hasn’t gone out for so long now. Loneliness weighs down upon her like the heavy body of her dead soldier.

While she was still in high school Jessica was already manic depressive, and for long periods she wouldn’t sleep; she fell fast asleep at the wheel one time in a car she had stolen from a cousin, and crashed the car into a tree — almost killing herself. Then the depression would hit her like a bullet; when she was supposed to be in school she spent day after day, week after week lying on her bed, refusing to take her medication. She’d really try hard to uncurl herself from the fetal position and do something, anything, but this had proved too great a challenge.  Sometimes, walking to and from the bathroom, she’d felt that the air, through which she moved, was becoming substantive. Its weight would press in, and hurt terribly, yet when she tried to locate the source of the pain she could not.  It came, as she knew, only from herself. Lying on her bed, she’d feel crushed by the air itself.

Yesterday she let out her dog, Jake, her half-wolf only friend, and let herself down the front steps.  She teetered on the hot surface of the dirt. The light was blinding.

She raised her hand to screen her eyes, then she realized she was barefoot because the sharp stones were cutting her feet. She stood in front of the mobile home without moving.  The sun beat down, throbbing out in painful waves.  There were rings swimming before her eyes, and off in the distance she saw fleeting silhouettes, maybe children, or cars, or the supermarket; it was hard to tell.

Jessica wanted to take a few steps backward but she staggered and the flat surface of the earth began to turn, pulling in its path the trees and the elongated bodies of the mobile homes, even the buildings.  The earth spun slowly, as if there was music playing somewhere. Suddenly she felt she was falling; her body hit the ground like a piece of wood.  She heard a loud noise in her head, like a gunshot, then she didn’t hear anything.

When she woke up she tried to get to her feet but she was too heavy. She fell down again. A neighbor passing by said, “I’m going to get a doctor.”

“No! No!” replied Jessica sharply. “I’m fine; I’m going inside.”  She limped over to the steps of the mobile home.

“Are you sure you don’t want to see a doctor?” the neighbor asked.

In a sort of rage Jessica screamed, “No!  Leave me alone!”

“What if you get dizzy again?”

Jessica said coldly, almost cruelly, “I don’t have dizzy spells.  My dog knocked me down.” To prove the truth of the dog she called out two or three times, “Jake! Jake!  Jake!…”  Of course the dog didn’t come. Looking over his shoulder repeatedly, the neighbor moved off towards the supermarket.

Jessica crawled back to the mobile home, putting her arms and legs forward with great care. All around her the light was blistering hot; she saw sparks burst forth from the leaves, the sharp stones, everything, even at the end of each of her nails. She felt like there was a sort of electrical storm passing over the trailer camp, making a strange kind of music, a low humming sound, a grating sound that was getting inside her ears and body. Jessica felt her throat tighten with nausea. A cold chill made the palms of her hands sweat, and her heart started to race in her arteries.

In slow motion she crawled to the mobile home steps, stopping to rest a couple of times. She saw two beetles, and a spider that looked like a scorpion. They had also stopped moving, and they seemed to her to be watching her, the four of them frozen in their motion, as if waiting, all of us uneasy, she mused.

Once inside she lay down and soon felt her waters seeping out into the bed beneath her. When she got to her feet to clean the bed she was suddenly overcome with strong contractions. She fell to the carpet, whimpering, unable to walk.  Waves of pain coursed through her body. The loneliness was filling up the mobile home, spreading its terrifying silence. She didn’t want to scream, she couldn’t.  She mustn’t, no matter what happened.  Her opened knees allowed her arms to hug her watermelon-like belly, holding it in like a belt. It was like her mind was having a conversation with her body. Slowly, instinctively, her arms began kneading, doing their work of expulsion, forcing long, feverish chills through her limbs. Suddenly she was no longer alone—the baby was at her breast.

Now you can go in there and get her and the baby and take them away.

After a career with the UN and the federal government, F.S. Symons  turned to writing, and his poetry and short fiction has been published in literary journals such as Gloom Cupboard, Mused, New Verse News and Dark Matter. Last year he was nominated for a Pushcart Prize (Small Presses/poetry).