I was a serial April Fools’ prankster up until that week in 2014. My MO was to make the prank look like a bulletin from a university department or, as in 2014, from the campus newspaper. That year’s prank—my 18th—was an Onion-style article about a pair of characters who are devastated to find out that their beloved East Carolina University athletic program is clean.

“Culprit Comes Clean” capped five days of fallout. On the day after the prank, I dismissed my class and saw a campus cop in the hall. My class had just talked about the Birther conspiracy belief, and the discussion continued down the hall. I noticed that the officer trailed us but I thought little about him. In fact, when he confronted me, I took him to be a former student. I greeted him how I usually greet students whose names I’ve forgotten: “Hey, how have you been doing?”—making up for my memory lapse with exuberance.

He asked if we could talk privately. It beat “publicly,” so we walked to my office. He showed me my flyer and asked me if I knew anything about it. I confessed, which he said was a good idea because I was “all over the surveillance cameras.” Around this time, I half-assumed that I was being out-pranked.

Was it wise of me to wallpaper my office with my past pranks? Probably not. There I was with a uniformed officer questioning me about a hoax, with the evidence of nearly two decades of impishness on the wall behind me. The décor resembled the wall clippings you see in the boudoirs of cinematic serial killers.

With this prank, my last, I made two undeniable mistakes. I used the campus newspaper to distribute the hoax (by stuffing my flyer into the issues). Also, I used the paper’s logo. I assumed that any readers with any sense would realize that it was an absurdist satire, but they would have no way of knowing that the prank was not from the newspaper staff.

Involving the athletic department might have been my third mistake. I did not satirize the university’s sports programs, but I understand why the leaders of the program were angry. The fear of improprieties hangs over any college program, so I get why the officials would dread even the whisper of a scandal—or the screaming of it in a bulletin’s bold headline. Plus, my hoax was off color. I have one of my distraught fans, John Tuttle, posit, “Handjobs get results.” The character is presented as a fool, but since no other hoax generated negative blowback, the fool was possibly correct about one thing: “Hand jobs” might have gotten a result.

That any part of me was expecting the officer to blurt out, “April fools, sucker!” shows my cluelessness. A couple of years ago, my buddy James Marshall asked me how I got away with my annual April Fools’ gags. Unlike corporations, I told him, universities tolerate dissent, even subversion. I pointed to a precedent. Several years ago, my hoax concerned the silencing of the Pirate Rants, a series of anonymous rants that appear in the campus paper, which—by the way—are the paper’s most popular feature. The then editor published a playful response, which read, “I would, however, like to thank the individuals who decided to create this unique prank because our readership increased….” To expect pranks to always be taken in this spirit was just wishful thinking.

Ultimately, no charges were filed. I sent apology letters to all of the offended parties. Seeing my name and face in the paper next to that headline made me edgy. I looked at the article that one time and couldn’t even bring myself to read it all the way through. For weeks afterwards, I avoided picking up the newspaper, fearing a reference in—yep—the Pirate Rants. I was done with April Fools’.

And I was relieved. April Fools’ Day pranks had become an obligation. Late March had become a stressful time for me, as I had to rack my brain to come up with a new gag that could top the previous year’s. A lot of people—I call them normal people—don’t feel the yearly urge to create satirical hoaxes. I’m now one of those people. So in this case, if none other, I’ve been normalized.

The Making of a Prankster 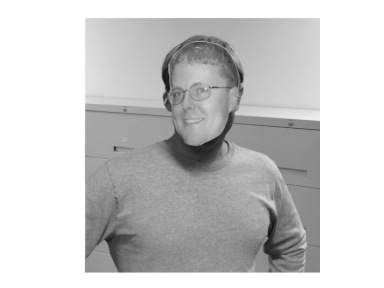 Pranksterism runs in the family. My dad sprung something on his family every April 1st. I’ve picked up fake dog shit with a paper towel and swatted a rubber cockroach with a shoe. I’ve seen what looked like a tipped-over bottle of chocolate syrup on the kitchen counter only to realize that the spill was a flat piece of brown rubber.

The pranks he pulled on his Psychology Department colleagues were more sophisticated. They usually appeared in the form of department memos. I remember one of them, in purple mimeograph ink, announcing that ECU would be enrolling a pair of gorillas. This was back when Koko was astounding people with her communication ability. Marsha Ironsmith and John Lutz, my father’s colleagues, recall another prank that followed “a heated debate on the merits of the foreign language requirement.” The next morning, my father, who had been silent during this contentious department meeting, sent out a set of minutes—in French.

In 2001, the first April after my dad died, I was grading papers in my office over the weekend. I had taken on the tradition just a few years earlier, and feeling overwhelmed, I was planning on skipping this year. Then, something kicked in and I decided that, no matter how busy and how drained I was, I had to do something. My prank—a parody of the course flyers that were then common on my department’s walls—was probably my least ambitious both in concept and in execution. I made about ten copies and just taped them up among the real flyers. The mock course, by the way, was the most boring one I could think of, The History of Punctuation. I know of no one who tried to register for the class, nor do I know if it was noticed at all. Still, it’s one of my favorites. Continuing the tradition seemed so important that day, less than four months after my dad died.

In those first pranks, I was doing for (or to) my department what my dad had been doing for the psychology department. Local were the themes and the distribution. I was content to plant posters in the English Department office suites. I expanded into campus-wide pranks in the early 2000s. Some pranks were just silly, as in 2009’s “Bring Your Pet to Class Day.” In 2010’s “‘Pirates’ No More.” I had UNC system president Erskine Bowles change ECU’s nickname to the more politically correct Organic Space Farmers. Most hoaxes are inherently satirical, but with the silly hoaxes, the only target of satire was people’s gullibility. In some years, though, targeting a social issue or campus concern took precedence. In 2004, I had ECU launch a faith-based curriculum. The flyer, designed by my sometime collaborator, had a Heaven’s Gates gatefold.

One of my problems with the 2014 prank resulted from combining a hoax and a social satire. My usual strategy was to attract attention with a shocking headline and use a familiar logo to get past the readers’ skepticism. If someone wanted to suspect ill intentions, the 2014 headline—“Scandal! in the Athletic Department: No-show Classes, Paid ‘Chaperones’ to Entice Recruits, and Illicit Payoffs”—provided ample material. I’m confident that no one fell for the prank. In order for someone to believe that the fan club actually called for improprieties, one would have had to miss my clues, such as the bulletin’s picture and caption, wherein a football player flaunts cash above the words “Brian Cardiff holds up bills shamefully not given to him by the ECU Pirate Athletic Department.” And would anyone who misses the irony actually want to admit it? Still, this prank shows the problems that arise from mixing a hoax with social satire. I couldn’t pull it off, and I had 187 square inches to work with.

“Whatever It Is, Randall Did It”*

In the days leading up to April 1st, 2015, I told everyone that my plan for that day was to be as innocently visible as possible. A friend threatened to make a bunch of “Randall masks,” assemble a prankster team, and release them—V is for Vendetta-like—on campus. I had a mix of worry and hope. Maybe the scandal would rise up again. Maybe the tradition would continue.

I behaved myself, but I didn’t have a chance to bask in the bright light of virtue for long. On April 2nd, in an unsigned editorial, which was primarily about the loss of several positions in my department, the campus newspaper staff wrote, “We consider it alarming that Randall Martoccia was not among the professors who were let go earlier this year,” meanwhile accusing me of slandering ECU’s football team. That the hit seemed so off (slander?) and so, well, old did not make it any easier to read. The same raw feeling came back, and I wondered about the future. Could I expect the scandal to blaze forth every April like azaleas? And then wilt a few weeks later, also like azaleas?

What disturbed me most was the loss of control of my image. Like most writers, I have some narcissistic tendencies. I occasionally cast myself in my own movies (and—good God—I’m no actor), but in those cases I’m in control of how the world sees me. My name and my old picture (in the 2014 article) were used willy-nilly by people with vats of ink at their disposal. My scandal was very minor, but I found that the public arena is an icky place.

While in that place, I saw myself the way my newspaper detractors saw me. Was I really guilty of something so awful? Well, the newspaper nearly seduced me into thinking so. Then something a colleague told me helped pull me out of my prankster remorse. This colleague—a thoroughly respected and respectable professor—stuck his head in my office and said, “If they can’t take a joke, fuck ‘em.” I had been suckered into seeing myself as a particularly humorless group saw me, and of course I was going to look like a delinquent to them.

Alas, my friend was only bluffing. For the first time in three decades and maybe four, ECU’s campus was free of the Martoccia prankster tyranny.

*On my first prank-less April Fools’ Day, an unidentified colleague posted on my office door a note with this message.

Randall Martoccia teaches composition, literature, and film studies at East Carolina University and screens fiction entries (among other duties) for the North Carolina Literary Review. Several of his short videos can be found on YouTube. His most recent is Campus Ghost Walk/Folk Talk, a documentary about legends on East Carolina University’s campus. His work has appeared in War:Literature and Art, Jersey Devil Press, and Skeptic Magazine. His poem “Love as a Space-Age Polymer” was a finalist in a Prairie Home Companion sonnet contest. His story “Pipe Dreams,” about his mother’s head shop, was one of the first stories published on the Tell Us a Story blog. You can read it here: Pipe Dreams. To see the pranks mentioned in this article and most of the others from Randall’s 17-year run, go to his blog: https://randallmartoccia.wordpress.com.