When I moved to Little Italy in the fall of ’82, my ground floor studio on Mott Street was directly next door to the Café Espresso.  This did not appear to be a fact that bore much significance, as the café was a broken down mess of a place, with faded gold letters peeling off a window crusted with dirt and covered with a moss-green curtain that hung half off the rod.  I wondered, with all the chic cafes springing up around this suddenly chic area, who the hell would ever want to hang out in a dump like this?

I was soon to discover the Café Espresso was not in business to attract customers.  It was a strictly private gathering place, catering exclusively to a tightly knit circle of regulars; very much like the local Italian social clubs that dot the neighboring Mulberry and Prince Streets.  The social clubs, however, are usually named after a saint, and a statue of that saint is featured prominently in the window of the club.  For instance, the St. Francis Social Club, next to Ray’s Pizza on Prince Street, had a statue of St. Francis standing atop a family size box of Kleenex facial tissues.  This no frills look was very popular with the local social clubs.

The Café Espresso did not feature anything prominently, except Nick and Carmine, who sat out in front of the Café, on straightback wooden chairs, every weekday from 11 a.m. until 4:30 p.m.  Being the friendly type, I introduced myself to Nick and Carmine during my first week in the neighborhood.  Nick, a shrunken specimen somewhere in his seventies sucked back a can of Budweiser while giving me the once over with his beady bloodshot eyes. His eyes darted out from behind oversized glasses that continually slid down his long, pointed nose. A few straw wisps of thin white hair hugged the lower lobe of his suntanned head, and though it was a mild autumn day, Nick was wearing a Herringbone overcoat.

While Nick spit and slurred his way through our introduction, Carmine, a younger, sleepy-eyed character, sat with his chair turned backward, in a kind of urban cowboy style, his large pulpy hands hanging casually over the back of the chair.  A man of a few words, he favored the grunt and mumble style of communication, replying, “Uh-huh” to my greeting, while scouting out the local streetlife in a shiny brown silk suit, no tie. His white sportshirt was open at the neck, revealing a mass of salt and pepper chest hair in a tangle of gold chains.  When I told Carmine that he reminded me of Henny Youngman, only with more hair, he turned to me with the slow-witted expression of a fighter that had taken too many punches to the head, scratched his chin, and returned his gaze to the street.

My daily encounters with Nick and Carmine developed into quite a chummy friendship. I had a lot of time on my hands while I was detoxing from drugs, so I often carried my wicker chair outside and sat in front of the café with the boys, shooting the shit and eyeballing the street, smoking cigarettes and guzzling coffee. Carmine really started to loosen up when he realized I was an expert in the area of early T.V. sitcom trivia. We’d try to stump each other with questions like, “Who played Lumpy Rutherford’s father on Leave it to Beaver?” or “Who was the actor Peter Graves’ brother, and what show does he star in?” Stuff like that. There was one subject I never discussed with the boys, and it was about what went on the Café Espresso when the regulars arrived. 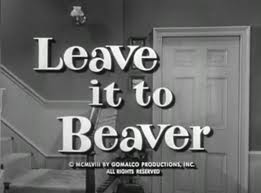 Every afternoon at 4:30, a steady stream of big, black luxury cars came cruising down the cobblestoned Mott Street and pulled up in front of the Café Espresso. Judging from the glimpses I got of these guys as they emerged from behind the tinted windows of the Lincolns and Caddys, they could have been straight out of mob central casting.  These guys all wore shades, expensive slacks with jackets that often fit rather snugly around the waist, piles of gold chains and bejewelled pinkie rings. The regulars hugged and kissed on the street before ducking inside the café. Not a soul ever reappeared outside the café until 7 p.m.

While the inside activity of the café remained a mystery, I did learn that the regulars favored the Boar’s Head brand of lunch meat.  Carmine, who with Nick, always went inside the café when the regulars arrived, began to present me with the regulars’ leftover salami, liverwurst and baloney.  I usually picked up leftovers from the day before in front of the café around two in the afternoon, along with the current copy of the Daily News. Quite a nice little arrangement.

But this one particular afternoon, I didn’t arrive at the café until 4:45, and by this time, everyone was inside the café.  I didn’t think the boys would mind if I popped in to pick up my Boar’s Head and paper, so I opened the door to the Café Espresso.  Upon opening the door, I was struck with a blast of activity so fierce, I can only compare it to the heavy trading on the stock market floor. The café was stocked with small wooden tables, with four chairs to a table. There were one or two phones on every table, and every table was jammed with the regulars. They were talking on the phone, jotting down info, shouting, some laughter, the air thick with cigar and cigarette smoke, and more phones ringing.  The moment they noticed a stranger in their midst, everything stopped. Complete silence.

The silence was broken by the sound of Carmine yelling at me, “What the hell you doing in here? Get the hell outta here! Don’t you ever come in here when that door is closed!” and he starts with the strong-arm stuff, shoving me out the door. God! I couldn’t imagine what I’d done to warrant such an angry reaction, and tried explaining to Carmine as he turned to go back inside, “Hey Carmine, I was just….” But he didn’t listen, just slammed the door and went back inside.

I hot-footed it back to my apartment and sat with the shades drawn, nervously wondering just exactly how much hot water I was in. The fact that I was in my first few weeks of detoxing didn’t help my mind set. “You’re dead meat,” I thought, “You’re never supposed to see anything or know anything about what goes on in this neighborhood. You fucked up good this time…..”  My only hope was that the goodwill that had grown between Nick, Carmine and myself would count for something, and maybe the worst that would happen is I’d have to start buying my own Boar’s Head and newspaper.

That night, as I tossed and turned on my captain’s bed, I recalled the words of my friend Dale, who had recently moved out of Little Italy. She said, “Whatever you see or hear down here, always pretend you didn’t see or hear anything.”

The following morning I awoke at ten, showered, dressed and hit the street. I ran into Nick and Carmine at Johnny’s Donut Shop on the corner of Mott and Prince.  They were sitting at a table with Johnny’s Uncle Sonny, who I happened to also be friendly with. I took a deep breath, waved and said, “Good morning.”  Surprisingly, they returned my greeting with big smiles and Carmine called me over and offered to buy me breakfast. I hesitated, still a bit shaken from the previous afternoon, but figured this was a peacemaking gesture, so I pulled up a chair.

The conversation centered around Johnny’s new cappuccino/espresso machine and the upcoming, ten day San Genarro Feast. I mostly listened to the boys chat, while slowly eating my eggs over easy with jelly donut special. I was amazed at how well things were going!  I was cool. I knew they knew I was cool. I didn’t feel cool. Matter of fact, I was scared shitless, but playing it cool was the name of the game. 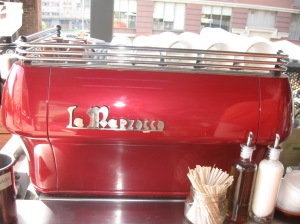 Only for the regulars

When I finally excused myself, I thanked Carmine for the breakfast and said bye to the boys. As I pushed my chair back, Carmine got up with me. He pulled me aside and asked, “So, you stopping by for your stuff this afternoon?” “Sure Carmine,” I replied, “why not?”  Carmine patted me on the back, “That’s good.”

Mary Shanley is a poet/writer, living in New York City. She has been reading and performing her work for the past 25 years. Allen Ginsberg suggested she send poems to Long Shot Literary Journal. Thus began a long and creative era of Mary’s poems and stories being published in Long Shot. She has also published her work in: Underground Voices, Poydras, The Newer York, Shangra la Shack, Garbanzo Lit. Journal, Mr. Beller’s Neighborhood, Journey to Crone, U.K., Blue Lake Review, Hobo Camp Review, and many others.