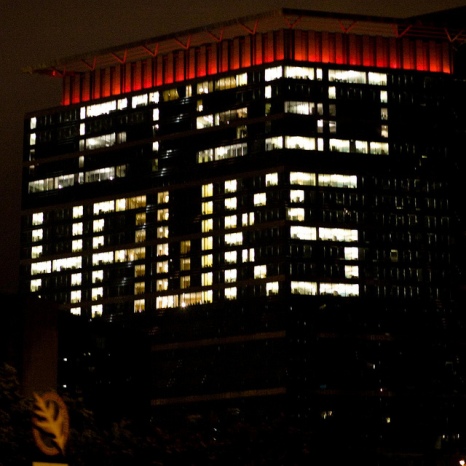 To a Boston Bruins Fan:

The Stanley Cup Finals is on the large screens all throughout the Sports Edition Bar next to the Hilton at Chicago O’Hare’s airport. The Cup showcases the Chicago Blackhawks, at home, against the Boston Bruins, series tied 2-2, score: the former team up two goals to nil against the latter at the second intermission. And all I can think about is how damn cool it would be if you were here with me, but I’m alone, as I have been (literally) since my older brother Chaddon Glenn, a.k.a., the Golden Child, went to college in Kansas, my parents divorced soon after, and my older sister Cassie (as in K.C.) Glynn (yes, spelling different than her brothers’ middle name) ran away to fend for herself. 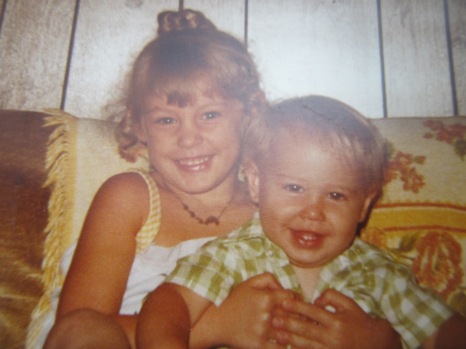 The author and his sister.

Overnight, as it seems now looking back, I had a family and a warm and lively home and then I was in the sixth grade coming home to an empty house until nine at night. Every day an empty house, sports and books as my companions. So when I would see you write in your little book as I do now and when you spoke of stories and when you did research in the pool for a story (love that commitment to your art — except the nut-breaking knee whips twice over shoving my balls into my stomach — but, alas, I too know how to suffer for your stories, for you).

And I think how I really enjoy coming to this sports bar. Been here about four times. It has Chicago Bears jerseys with my favorite football player, Walter Payton, and Chicago Bulls jerseys with all-time great Michael Jordan. I used to watch these guys perform miracles on the field and court. When I was about three-years old I told my father that the letter “C” on the Chicago Bears helmet was for “Cody” and he responded in his infinite wisdom: “No, stupid. That ‘C’ isn’t for you. It’s for the ‘C’ as in Chicago Bears.” That’s what my emotions tell me of that moment. “Keep quiet and watch the game,” he added. So I did. And my amazing skills connecting the “C” in ABCs to a word, namely my name, was dashed into shame.

Not for “Cody.”
image source:
abearsfan.com

So here I sit. In the sports bar. In Chicago. Sam Adams Seasonal ($12.50/23 oz.) at my table. And watch the hockey game. Thinking of you. Thinking of my childhood (by the way: I’m a Blackhawks fan. Go Hawks!). And I ordered the smoked turkey stack ($15) with Wisconsin sharp cheddar cheese — score! Bruins score a goal at the 16:18 mark of the 3rd period, and from behind me a guy yells, “Fuck!” then says, “Sorry” and then says, “Damn!” and he reminds me a bit of Chris — applewood smoked bacon, tomatoes, Bibb lettuce and roasted pepper aioli on peasant bread; why do they call it peasant bread? The score is now 2-1, Hawks in the lead.

I’m wearing sneakers with blue jeans and my gray cardigan over my white pool shirt. The beer tastes damn good. I had to wait a moment to write; people think I’m a journalist writing about the game, but about seven feet from my high-table spot there is a family of five, two girls and one boy, when the father jumps up and rushes to the older daughter of ten years, or there about, in orange shorts and a white and orange-striped shirt — she reminds me of you — and she was eating a hot piece of pizza when a slice fell on her exposed legs and she wanted to scream, sure enough, and the mother is now, as I write — dictate more like — the mother is now giving her daughter ice cubes wrapped in a cloth napkin and tells her to press it against the burn and tomorrow they will be in Michigan. Why does the little girl with the burn remind me of you??

Jagr looks cool on the ice — is he the same from the Pittsburgh Penguins long ago? And I believe you would love it here, drinking wine, red of course, by my side in a sports bar in Chicago during the Stanley Cup Finals, 2013 (or one in Boston, perhaps). I imagine you now, 10:30 p.m., with your father, you on the cell phone chatting to friends with one eye on the game at 5:09 left with the Bruins down by one and your father rooting for a miracle, but that is my father not yours and that is me not you there in my imagination.

A beggar is behind me outside the bar, which is in the hallway of the hotel’s lobby, and he is watching the game and chanting to Om of cosmic origin in childlike form and a man named Adam comes and gives him a $10 food certificate for some restaurant, and I think of life, of you, of men who fail their dreams. And all is connected and not.

“Less than two,” the beggar with gray clothes and a cane chants about two minutes left in the game with the Hawks up two goals to one. The tension builds in the bar. “1:20,” he says. “Oh! Less than a minute,” he says again, keeping me an accurate time as I write. I’ll give him some money, I think.

Thirty-one point eight seconds left and a waiter comes to the beggar and asks if he needs anything and the beggar responds, “Chicken wings.” The waiter agrees. “20 seconds! 15 seconds!” the beggar says.

The father of the little girl that burned her leg says, “That’s it.”

And that is it. But I am still alone. The waiter will bring the beggar some chicken wings and the city of Chicago will erupt in triumph and celebration, leading the series now 3-2, and they will later win the Stanley Cup. And I am here, alone, the final score 3-1 in a Chicago sports bar, and all I can do is think of you and write to you. 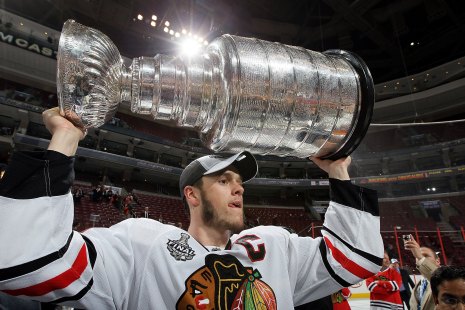 The team does the interviews on the ice, I take a bite of my sandwich, then swallow, drink beer, and stop. I get a $10 bill and give it to the beggar, and tell him to “eat well” tonight. The Chicago spirit is with me. The land of my childhood that I dreamed of in awe of that mighty “C” that stood for Chicago and not for “Cody.”

The waiter comes out into the hall and gives the beggar the styrofoam box of chicken wings and the beggar says, “I knew you wouldn’t forget me.”

How true. How true true stories are. How could I forget you?

The waitress comes to me and collects the metal basket that held the french fries and asks, “How you doing, hon?”

C.G. Fewston  lives and works in Ho Chi Minh City, Vietnam as university professor for the University of Sunderland where he also writes for Ho Chi Minh City’s premier English newspaper: Tuoi Tre, “The Youth Newspaper.” He has had short stories published in Nature Writing, Travelmag: The Independent Spirit, and Go Nomad. He also had a Highly Commended short story “Lazarus, Come Forth!” in the Tom Howard Short Story, Essay, and Prose Contest.