Usually we only feature the work of a single author each week, but after receiving these three wonderful flash (non) fiction pieces, we decided to publish them together. All three true stories are written by women and all three capture a single moment: when an idol notices her worshippers, a near-death experience, and a conversation with a stranger. We are also delighted to to include the work of two visual artists, a first for our new blog!

Margaret Atwood and the Stunned Four 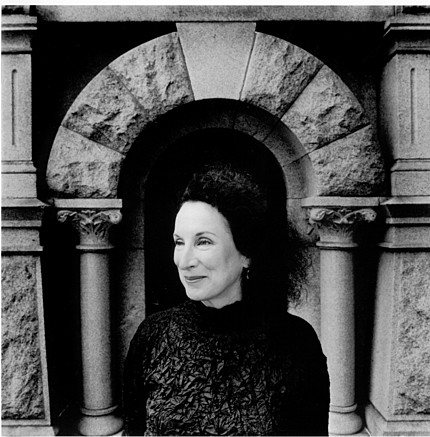 The Stunned Four worshipped Margaret Atwood. They’d traveled from different corners of the country to attend her workshop and bask in her wry wit. They also hoped they might feel a small but significant whisper of her affirmation. The Four became instant friends, connected not only by their adoration of Margaret Atwood (or St. Margaret as she was affectionately called), but also by their senses of humor and the camp-like atmosphere complete with dorms and mediocre food. One member of the group rescued a paper cup used by Margaret Atwood during class. Like a relic, it might have the power to confer prophetic proficiency or a deft hand with a snarky phrase. Another member washed dishes at the cottage where Margaret Atwood was staying and where she’d hosted a picnic for the class. That member also played with Margaret Atwood’s young daughter who accompanied her and though that member did like children and found Margaret Atwood’s daughter to be a charming little girl, there was no denying she was also hoping to curry favor. The Stunned Four trekked to town in one of the member’s vans and commissioned a t-shirt printed with a clever phrase that Margaret Atwood had tossed off in class as a dry aside. They presented it to her as a parting gift and she seemed a little startled, not recollecting she had said the phrase. Years later, the members of the Stunned Four were each reading Margaret Atwood’s latest collection of short stories when lo and behold, they stumbled on the t-shirt – their gift – depicted in a slightly different context but clearly recognizable.* They were thrilled, elated, and would share this story with unabashed pride for decades to come. Margaret Atwood had taken note.

*The story is “Loulou, or the Domestic Life of the Language” in Margaret Atwood’s collection, Bluebeard’s Egg and Other Stories.

A Night By The Sink 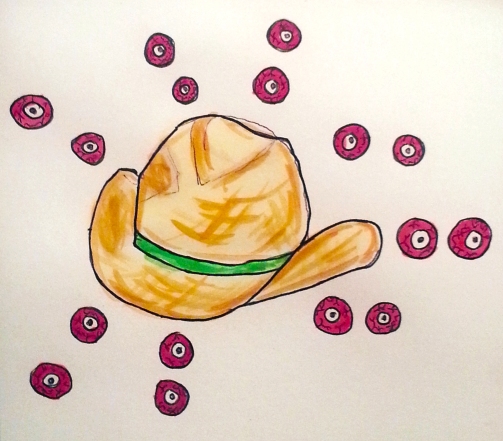 It’s after 2am and in waltzes Goldenboy; hair across his golden ass, tight faded Levis, straw cowboy hat worn and split in just the right places.  I’m standing by the kitchen sink.  The window above the sink is open and I am smitten with cricket-song.  But wait — I don’t give a shit about nature, maybe I’m high. Goldenboy reeks of something stronger than beer, and his eyes are blazing red.  Goldenboy staggers toward the refrigerator, slips on Mom’s wicked shiny floor, catches himself, but Goldenboy doesn’t fall. I make a noise — it isn’t quite a chuckle. Goldenboy disappears from the kitchen and returns with his hunting rifle. He rests the muzzle of the rifle against my moist temple, cocks it, and I try not to breathe.  Slowly, Goldenboy counts out loud to thirty, burps real loud like this is some kind of joke, and withdraws. He makes a noise — it isn’t quite a chuckle. Goldenboy and me have unknowingly rehearsed this. Every bitter interaction accreted to this moment. Goldenboy exits the kitchen.  I remain by the sink. A half a minute taints my life.

This is Why I’ll Never Write a Book

Another Monday afternoon in a lifetime of wasted Monday afternoons and once again I’m sitting in the same Dunkin Donuts I always sit in when I think I’m going to be a writer even though it’s not in my zip code anymore and the line of people waiting to use the bathroom is longer than the lines for coffee and ice cream combined.

I can never write at home, where there are so many distractions (pets, husband, TV, computer).  I go to Dunkin’ Donuts so I can work in a space where I know no one so, hypothetically, no one should bother me. Three sentences later it’s a phlegmy voice assaulting my ear.

I look up and shake my head. Why God? Why do they call it God-given talent if you don’t make these people leave me alone long enough to use it?

“Is that your homework, kid?”

I twist my neck sideways in the direction of a baseball-cap-wearing, gummy old drunk and tell him, “It’s a story.”

“No kidding, kid? You’re writing a book.” Gummy picks up his coffee cup and spits into it and I think he’s now occupied with whatever landed in the cup so I go back to being a writer again.

Two more sentences and Gummy says, “Hey kid, you a student? You writing that for school?”

“I’m a teacher,” I over-enunciate.

I hold up four fingers. “Forty.”

I slide my eyes back to the page and draw parenthesis around a word I may or may not use.

“So where do you teach?”

“You’re doin’ alright for yourself, kid.”

I write down two more words.

“You’re doin’ alright for yourself, kid.”

The page before me is a jumble of words written by a childless-by-choice woman who is going to have to commit a crime and get sentenced to solitary confinement in order to write one uninterrupted page. Maybe selfishness is a crime.  I’ll go out onto the street and chant childless-by-choice until the cops come and take me away and then I’ll waive my rights to a trial in exchange for pen, paper and solitary confinement.

Gummy gets up, takes his cane that’s hanging on the chair back and says to me, “Alright kid, take it easy,” and shuffles his way out the door.

I lift my coffee cup and gesture in his direction, a silent likewise, because now I’ve decided that if the world won’t let me write my words on paper, then I’m sure as hell not going to sound them out and give them away for free.

This is why I’ll never write a book.

About this week’s authors and artists

Primarily a poet, Mercedes Lawry has been published in such journals as Poetry, Nimrod, Salamander, and others as well as two chapbooks. She’s published short fiction in several journals including 3711 Atlantic, Gravel, and The Newer York and has work forthcoming in Cleaver, Dying Goose and Molotov Cocktail. Additionally she’s published stories and poems for children.  Among the honors she’s received are awards from the Seattle Arts Commission, Hugo House, and Artist Trust, two nominations for the Pushcart Prize, and, a residency at Hedgebrook. She lives in Seattle.

Lesley Ann Wheeler is a writer, designer, and editor living in Kansas City.  She has a wheelbarrow garden of kale in her backyard.

Evelyn Katz has been searching for space to be a writer since she was in the 2nd grade and her grandmother told her that she was going to be a writer. Her work has been published in Riverrun, The Voices Project and Coffee Shop Poems.

Angie Stong is a photographer living in Southern Connecticut. At age 17, her photos have already appeared in multiple publications and featured in art shows, and she is recognized for her fine arts approach to photojournalism and portraiture. Her work can be found at:  www.flickr.com/photos/missangieanne or www.facebook.com/AngieStongPhotography.