Editor’s note: When William Masters first submitted “Survival” to us several weeks ago, we were naturally shocked by its content. Was the author really confessing to murder? And why do so on our little blog? In the interest of full disclosure, in the weeks to come we will publish our lengthy correspondence — with the author, the San Francisco police department, with bottled water experts (oh yes!), with friends, and each other — about the claims made in this story. But for this week, we present you the original story without comment. 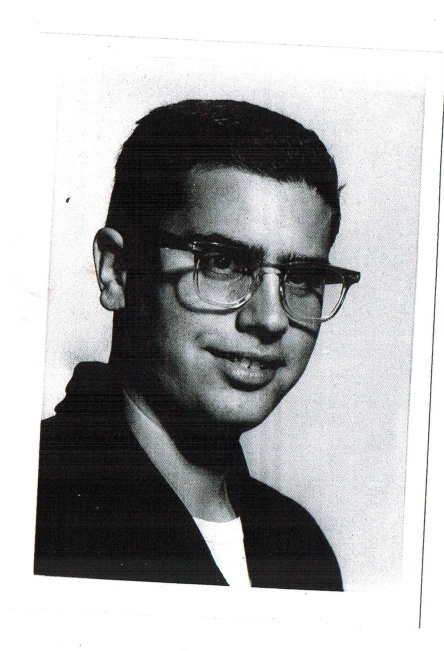 The author as a young man

At sixteen, my older brother Mike was tried as an adult and sentenced to a year in the lock-me-tight for splitting from the Scottish fast food joint without paying for his order. After a month’s incarceration, he gained 11 pounds. For the first time in two years, he no longer went to bed hungry each night.

At eleven, as soon as the cast came off my younger brother Sam’s left arm, he hopped a freight train to St. Louis. After a month, most of his cuts and bruises healed and faded enough so that he could wear a short-sleeved shirt without having to answer questions or attract unwanted attention.

At fourteen, panicked at being left the sole target for my parent’s attentions, I drained the brake fluid from their car on Thursday night. Desperate, and hoping to survive until Friday morning, I locked the door and barricaded myself in the empty pantry.

The next morning, I heard my parents shout obscenities, blaming each other for the empty coffee canister. One of them threow the canister against the pantry door… followed by an uncanny silence, during which my body shook as I watched the pantry doorknob move from right to left.

“Oh Steve… come out, come out so I can punch you good-bye,” my father said.

“Oh Sweetie… come out, come out and give mother a kiss good-bye before the house burns down.”

I climbed up on the canning table that stood beneath a port sized window and waited… I waited until I saw my parents finally leave the house and climb into the car.

As soon as I saw the car drive away, I released myself from the pantry and rushed through the great room, which reeked of the beer my parents had substituted for the missing coffee , walked out the front door, sat down on the porch swing, and watched the car drive past the first turn.

With sober anticipation, I imagined my father’s surprise as he tried to apply the brakes to the first hair-pin turn as he drove down the steep mountain road. As soon as I heard the explosion, I took a deep breath and exhaled. A few minutes later, too far away to see any flames, I watched a plume of smoke appear, straighten out and rise vertically into the sky. The smoke congealed into a single, dark grey mass, split in half into a pair of clouds, then floated together along the line of the horizon until the November breeze snuffed them both out.

It wasn’t until late in the afternoon when two cars arrived, one from the sheriff’s office and one from Child Services. Still hungry, after eating a can of tomato soup and a small packet of saltine crackers, the only food left in the house, I asked the sheriff if he had a candy bar. His deputy pulled a tootsie roll out of his jacket pocket and tossed it to me. I thanked him.

Child Services looked at both the policemen, then scanned a file folder, and then looked at me. “You don’t want to spoil your dinner with that candy bar, do you… Steven?” Then Services blandly informed me that both my parents had been killed in a car crash that morning.

My body twitched as I concealed my joy in the confirmation.

Then Child Services gave me an empty box with a lid. “You have fifteen minutes to pack one suitcase and fill the box with your belongings before I transport you to a temporary holding area pending your assignment to another location.”

Ten minutes later, I stood silently, holding all my clothes and possessions in my mother’s suitcase. Standing absolutely still in the main room and kitchen area, I felt trapped between the empty frying pan on my right, and the sight of Child Services I saw through the window on my left.

As I touched the back pocket of my Levis to make sure I had my tiny address book, I gripped the suitcase and moved through the front door which Child Services held open for me, and headed to the police car. Like an act of telepathy, the deputy opened the car’s trunk for my suitcase.

Child Services vigorously protested and waved a paper at the two policemen, demanding that they move my suitcase into its trunk and escort me to the backseat of its car.

Silently I stood my ground. I looked the sheriff in the eye, belligerent and pathetic. The sheriff opened the back door of his car for me and told Child Services, “I’m just following protocol.”

Apparently, though still a minor, I needed to make a formal statement at the station and had the right to make calls to anyone I chose to ask for assistance before Child Services could claim me.

As I sat in the backseat, my muscles relaxed and my respiration returned to normal. Ignoring further protests from Child Services, the policemen got back into their car. As the deputy started the engine and shifted the car into gear, the Sheriff offered me a bottled water.

“Here kid, you look like you could use a drink.”

After the incident, the author spent four years in a group home, then received a scholarship to UCSB, and lived happily ever after, so to speak. No one ever found out about the brake fluid. He lost the copies of the death certificates that were given to him when he reached 18yrs old. “Survival” is part of William’s unpublished anthology, Portraiture: A San Francisco Story Cycle. About 14 stories from the anthology have been previously published in various magazines.
***
So, readers, what do you think? Please weigh in in our comments section below…